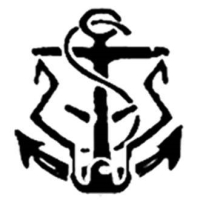 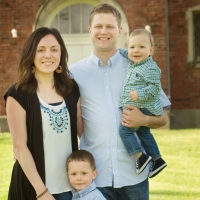 While we dream of owning our home outright, it’s the mortgage that’s become the biggest burden.

For most low to middle class Papua New Guineans like myself; the huge cost of living, low wages, difficulties of accessibility to goods and services and struggling to make ends meet day in and day out with little room for leisure, is the biggest burden and home ownership through legitimate processes, is of little value compared to food and security that would be more of a priority then home ownership.

In Australia, according to a research by Australian Superannuation MLC, the perception of a comfortable lifestyle had shifted significantly upwards in recent decades, the Australia today reported. MLC’s research shows that the new Australian dream is paying off the mortgage with almost 80% of Australians placing outright home ownership as their most important priority.

The perception that urbanized Papua New Guineans have is that if you live in the city/town your social grade is higher than one coming from a village in the rural area. In fact this is totally bogus and untrue considering the regular cost of electricity, water, rent and communication put up with in the city/town. Most urban dwellers live on the outskirts in cramped housing, illegal settlements and compounds usually infested with criminal elements is in my opinion a social downgrade.

Someone living in a permanent building as opposed to someone living in a “bush material” house or house made from bio-degradable material would be of higher standing within the Low to middle class people of Papua New Guinea. More Papua New Guineans in the rural areas are flocking into the urban outskirts to find jobs and opportunity to improve lifestyle and living standards but end up consorting to the norm of living in settlements on the outskirts of the city/town. Some fortunate enough to have friends, relatives or tribal clansman “Wantok” living in suitable housing within the city/town over time become a liability and a burden to the home owners.

However, I hope that this article will somehow change the mind set of the dilemma that urbanized Papua New Guineans who live in the city/town mostly the percentage occupying settlements on state land have of a perceived lifestyle that is better than living in the village.

With a demonstrated change in mindset and an adjustment to the conventional low to middle class standards of housing and lifestyle, the average Papua New Guinean in the village whether employed or unemployed can live their dream. One of the most positive methods I have witnessed is getting involved in Groups, Associations, Cooperate Societies and do business in Agriculture & Livestock. Now we have Micro-banks like Mibank and National Development Bank that have credit schemes designed to address the lack of access to credit by small enterprises in Papua New Guinea to start up and develop business and money making. It just takes hard work and commitment and this would be the stepping stone. Having and demonstrating a mindset of an island resort home or home in a eco-tourism environment, an ecofriendly lifestyle and off grid living with all the modern conveniences of solar electricity and water purification methods in place, you’re on your way to a healthy lifestyle and this in my opinion is home ownership without mortgage. *Wantok Literally translated from Pidgin wantok means “one talk”, but in reality like most pidgin words it’s definition encompasses a wide scope. Wantok is a term used to denote anyone who is from your family or anyone who is a close, or sometimes not so close, friend.